How Can Christians Live Mercifully?

How humans exploit animals is seemingly infinite. We mainly target these four industries which most commonly exploit animals. Utilizing the principles of New Earth Abolition (NEA), we can safely say that none of these industries align with those principles. No human would want to be treated as a commodity for food, entertainment, fashion, or experimentation. Thus, we biblically oppose these uses of animals. Instead, we offer alternatives that align more with the principles of NEA - humans treating animals with equality (Luke 6:31), servanthood (Mark 9:35), and harmony (Isaiah 11:6–9). NEA corresponds with Jesus' teaching in Matthew 5:7, where he stated, "Blessed are the merciful, for they shall receive mercy."

What is New Earth Abolition (NEA)?

Animal agriculture is relentlessly cruel in industrialized nations. The Bible condemns animal cruelty in Proverbs 12:10. Farm animals are frequently mutilated, cramped into close quarters, and fed unnatural diets, which does not accord with NEA. Based on NEA, we advocate a vegan diet, which consists solely of plants and eliminates meat, dairy, eggs, cheese, honey, and all other animal products. Vegan diets have much biblical support. When God first created the earth (Genesis 1:1–19) and all of its inhabitants (1:20–26), he ordered humanity (and animals) a vegan diet (1:29–30). This is God's ideal diet, as demonstrated by him calling it and the rest of his creation "very good" in Genesis 1:31. Veganism was also praised in Daniel 1:1–21 when the eponymous prophet ate only vegetables (1:12) to avoid defiling himself with the king's food (1:8). Veganism is also the implied diet on the New Earth (Revelation 21:1), as humans and animals will live in peaceful harmony again, with no death or harm, for all eternity (Isaiah 11:6–9). This New Earth will inaugurate after Jesus returns (Matthew 25:31). 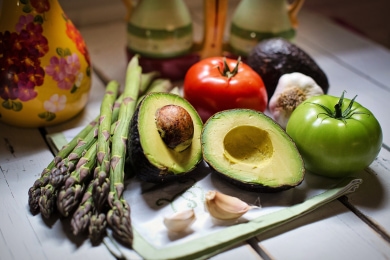 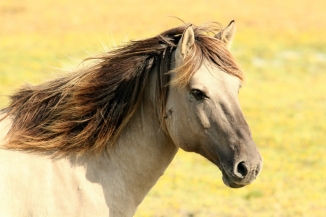 Zoos and aquariums put wildlife on display primarily for human entertainment and spectacle. Even the very best facilities frustrate many of the animals’ basic behavioral needs. Additionally, animal circuses, rodeos, horse racing, bullfighting, dogfighting, and others involve immense cruelty to animals, which the Bible condemns (Proverbs 12:10). Additionally, these brutal activities do not align with NEA. Notably, the Bible outright condemns the use of animals in entertainment, specifically in Genesis 49:6, which criticizes two (49:5) of Jacob’s sons (49:1). In the New Living Translation (NLT), Genesis 49:6 states, “May I never join in their meetings; may I never be a party to their plans. For in their anger they murdered men, and they crippled oxen just for sport.” This verse could be applied to bullfighting, where the bulls are harmed for entertainment. Thus, we apply the principle of Genesis 49:6 to all instances where animals are harmed for entertainment. Based on NEA, we instead advocate for entertainment involving consensual humans. Additionally, based on NEA, we recommend nonprofit farm and wildlife sanctuaries, which puts the concern for the animals first, not the entertainment of humans.

The fashion industry is disturbingly cruel, which again the Bible condemns in Proverbs 12:10. A variety of wild animals are trapped for their fur, which causes excruciating pain to their limbs before their merciless death. Other species are farmed for their coats, skins, wool, and feathers. Undercover footage often shows the animals painfully struggling before their death. Fashion involving animals does not accord with NEA. Importantly, clothing was not given until after the fall (Genesis 3:6). We believe Adam and Eve were clothed with the skins of an animal (Genesis 3:21) to cover their sin (Hebrews 9:22). With the death of Jesus (Hebrews 10:12), animal sacrifice is no longer necessary (Hebrews 10:18). Adam and Eve originally used fig leaves as clothing (Genesis 3:7). Thus, we believe a better fallen option is clothing made from plants. Regardless, Revelation 22:14 implies that believers will wear robes on the New Earth. These robes cannot be made from animals, as the New Earth is described as a place where there is no death or pain (Revelation 21:4). Thus, based on NEA, we advocate for cruelty-free fashion, with products made from plants or synthetic materials. There are many alternatives, such as faux leather and faux fur. 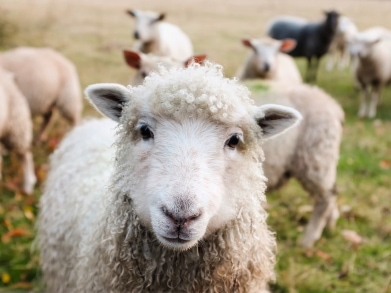 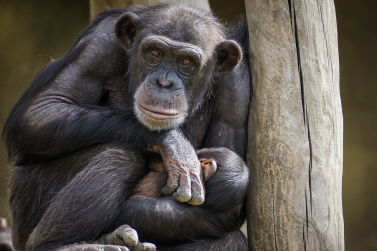 Animals are often used for medical and scientific research (vivisection) and testing household products so that companies can avoid possible litigation. The Bible appears to be silent on this issue. However, experimenting on animals, which often involves tremendous harm and suffering, does not accord with NEA. Ideally, animals should not be harmed based on the paradise seen in Eden (Genesis 1:20–31) and the New Earth (Isaiah 11:6–9). Thus, based on NEA, we advocate for ethical alternatives to animal experimentation. This is primarily a legislative issue, but several organizations promote ridding the sciences of animal use and promoting ethical alternatives. Additionally, several organizations list and promote companies that circumvent testing household products on animals. Based on NEA, we advocate incorporating cruelty-free household products into daily life.

History and Future: The Derm Review

Check Out Our Events!

Blessed are the merciful, for they will be shown mercy.